Elena Dolmatova obtained her medical degree in 2008from the Medical School of the Moscow State University, which is widely known for its scientifically oriented program. The mainstream of her clinical research there was the concept of preemptive analgesia while her basic science studies included investigation of the effect of ischemic brain injury on LDL blood levels and density of nitric oxide-ergic nerves in cerebral vasculature. She continued her scientific training at Beth Israel Deaconess Medical Center investigating molecular mechanisms underlying ventricular arrhythmias associated with ischemic heart disease. Elena joined the Ellinor lab in September 2011 to study the role of GWAS hits in atrial fibrillation. Her project touches on a number of very interesting and novel aspects as it aims to reveal the connection between the genetic association and the actual molecular mechanisms leading to atrial fibrillation using a combination of molecular biology methods, zebrafish and mouse models. 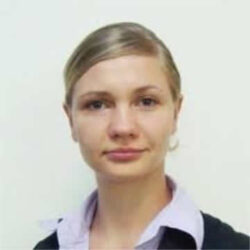