Liz graduated from Boston University in 2014 with a B.S. in Human Physiology. She started out working in the lab as a summer student during her undergraduate studies, primarily focusing on the screening of genes related to atrial fibrillation from a large cohort of individuals with early-onset atrial fibrillation. Liz also helped to develop CRISPER deletions for genes linked to arrhythmias in human induced pluripotent stem cell derived cardiomyocytes in order to study their cellular phenotypes. Liz later returned to the lab as a Master’s student in 2015. Her Master’s thesis examined a particular family with hereditary atrial fibrillation and atrial and ventricular septal defects and identified their causative mutation and its functional effects. 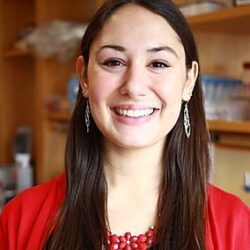